Since day one of kindergarten at KIPP STAR in 2014, Maeson has been present for every single day of school!
Maeson’s alarm goes off even before his mom’s. “He’s so determined,” says proud mom Kimali of her 5th grader. “He doesn’t want to miss anything. He says ‘If KIPP is going to support me through college, then I have to stay with it!’”

“He’s easy to find,” says KIPP STAR principal Ms. Griffin, “he’s always here and he’s always in the front row.” He impressed his elementary principal, Ms. Vardiman, for 5 years as well. “It wasn’t just that he was prompt every day, he was present and engaged,” she says.

Mom could see the payoff on all those years of persistence. “He’s a shy kid,” she says. “But socially, KIPP helped him grow beyond just his academics. He loves his friends at school and I also noticed his critical thinking skills becoming deeper every year — more than I expected.”

After much critical thinking, Maeson has decided he’s going to college at Columbia, saying “I’m a New Yorker so I’m going to stay here and be a doctor, because I want to help people.”

As a reward for his positive attitude and perfect attendance, last summer, KIPP STAR Elementary arranged a personal tour of the Columbia campus along with his very own college sweatshirt.

As he works towards college, Maeson’s favorite subjects right now are reading and robotics. “Reading is fun because even if my mom says it’s not time to play video games right now, I can always read a book and go anywhere,” he explains.

“I like robotics because I get to learn about teamwork and coding and robots,” he says. “When I was 5, I was really into the Power Rangers TV show. I know they used CGI to make their robots, but maybe when I grow up I can learn how to make them for real.”

In 2031, Maeson will graduate from college. You know he’ll be there… will you?

Show up for maeson and all our kids every day!

DONATE HERE
DONATE HERE
“I know if I show up every day and work hard I might get a high enough GPA to go to college whenever or wherever I want to.”
— Maeson 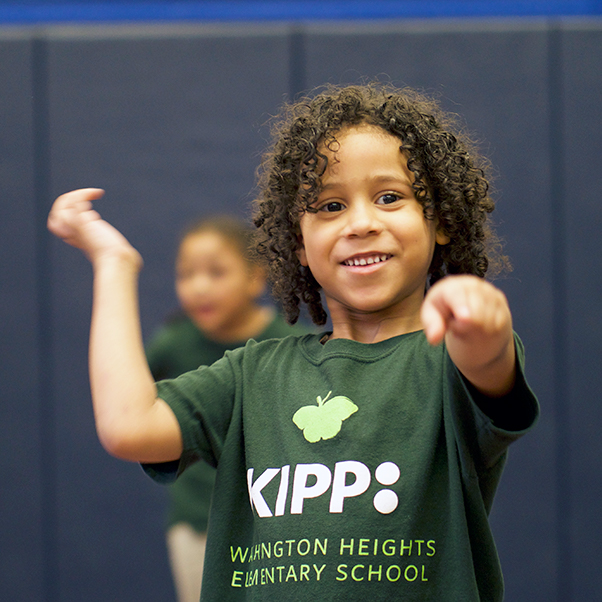